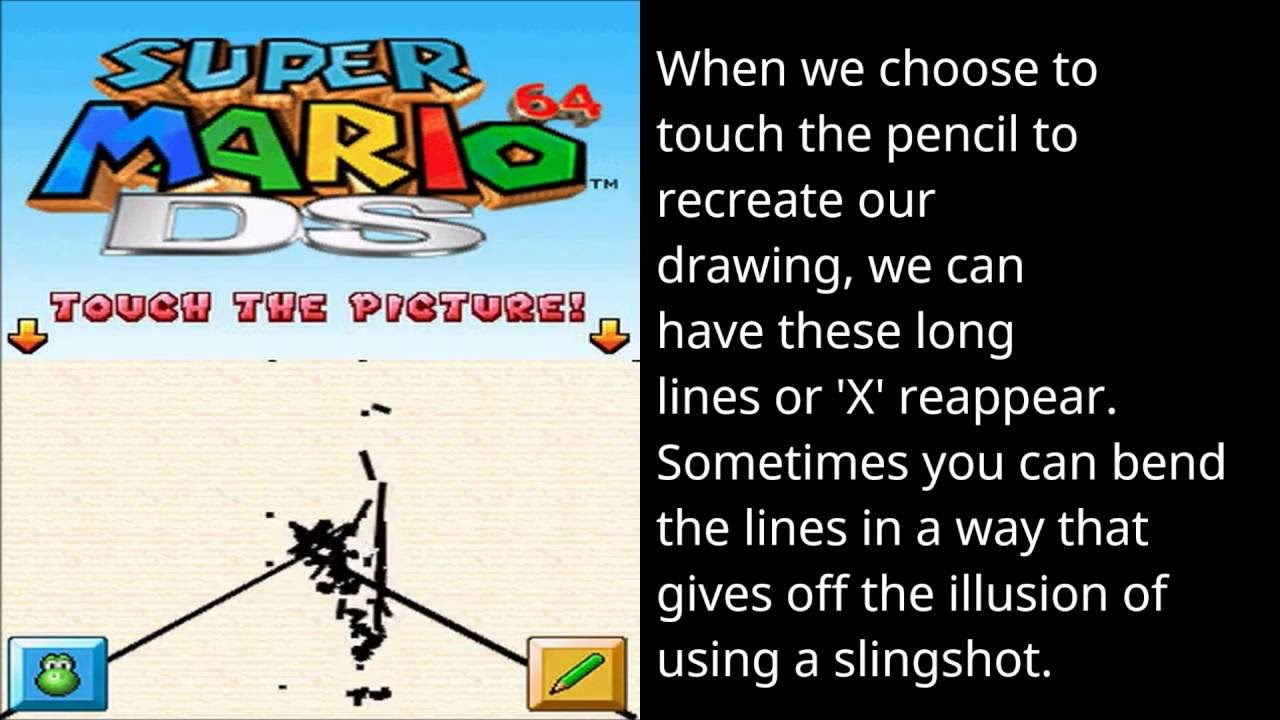 This video uses annotations next to the gameplay. More information may also be found in this description, below.

In Super Mario 64 DS, there is a feature in which you can draw a picture on the Touch Screen by touching the face of Mario or Yoshi on the title screen to bring up a Mario, Yoshi or Luigi outline and then touching the green pencil.

When the picture is moved around the form and position of the long lines can change. You can have it change from a ‘/’ to a ‘V’ and sometimes you can bend the lines in a way that gives off the illusion of using a slingshot.

This glitch was apparently documented by a person named Shadow64. An existing Youtube video exists of the glitch at lower quality (although sadly I’m unable to find it).